By now it is no more a secret that the revenue of poker for casinos of Las Vegas has remained relatively flat in recent years on the other hand the revenue of sports betting has grown significantly since the year 2010s. 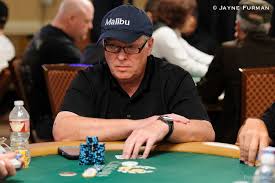 However, if talk about the poker rooms, it still maintains a significant lead over the race and sports books in one category that is revenue per square foot. As per the figures made public by the regulator of Nevada casino in the annual Gaming Abstract, the poker room 43 brick-and-mortar in Clark County has generated nearly ,120 per square foot in financial year 2017. Race and sports betting that take place in about 80 casinos in Clark County area has generated $670 per square foot.

The poker rooms enclosed an average of 2,724 square feet; on the other hand the books averaged nearly 4,718, this is according to the figures released by the state each year in the month of January.

The poker room Nevada reached its peak in the year 2007, this was the year in which both sports betting and the poker revenues were almost the same and it was about 68 million. Currently, casinos in Las Vegas currently collect revenue close to double from sports betting as they made from poker.